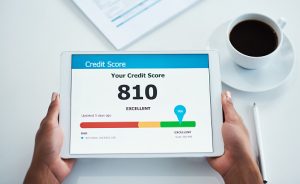 When you come to the conclusion that you must file for bankruptcy, it can feel like failure. It can feel like the world is crashing down around you and you aren't sure you'll ever regain your footing.

Our South Carolina bankruptcy lawyers want you to know the light at the end of the tunnel is closer than you think. In fact, a Chapter 7 bankruptcy might even be one of the best things that can happen to you - and your credit score.

Right away, those debt collection calls should stop. Any pending lawsuits will be frozen, as well garnishments on your wages. (These are part of the "automatic stay" process.) This is a means to erase your debt and start over. But it probably won't take as long as you think, and your credit score may soon end up in much better shape than when you started.

Your Credit Score May Improve

Yes, it's true that bankruptcy is going to affect your credit score. There is no way around that. There are even those in the financial sector who will tell you bankruptcy is the single greatest blow to one's score that exists. Repossessions, collections, charge-offs, foreclosures - none of it tops bankruptcy.

Technically, this may be true. However, it's only part of the story. The truth of the matter is, people in Columbia who are even considering bankruptcy have been wrestling with their finances so long that their credit is already shot by the time they file. That means that when people do file, in some cases, their credit scores actually go up - not drop. If and when the debt is erased (what is legally referred to as a "discharge"), their scores may rise even higher.

In fact, many people see that their credit scores are better a year after bankruptcy than before they filed.

But don't take our word for it: Consider the 2014 findings of the Federal Reserve Bank in Philadelphia, which found that while Equifax credit scores fell dramatically in the first 18 months after filing for bankruptcy, the scores rose steadily from there on out. On average, a person who filed for Chapter 7 bankruptcy had a credit score of 538 (Equifax keeps score from 280 to 850). When a score is in the low-600s, it's considered "poor." After the filers' completed the Chapter 7 discharge process, usually within about six months, their average score was 620.

another analysis by FICO indicated the gains were a bit smaller, with bankruptcy filers moving from the 550s to the 560s in the first year, but that analysis didn't differentiate between Chapter 7 bankruptcy cases and Chapter 13 cases (which require a three-to-five-year repayment plan).

Your Credit Score Isn't the Only Reason to File

Aside from a better credit score, some of the reasons to consider filing bankruptcy include:

At some point, continuing payment on your existing debts isn't going to get you any closer to paying them off. If you feel you have reached this point, our bankruptcy attorneys in Columbia can help.