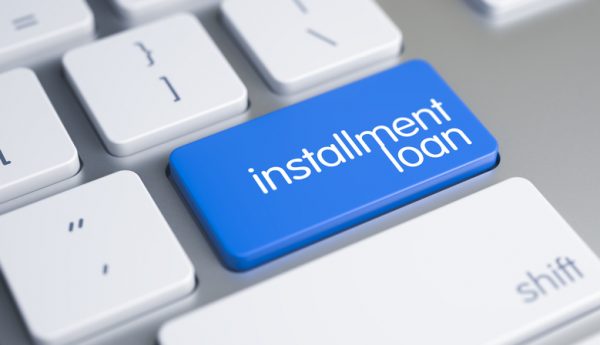 Struggling to pay bills, middle-class Americans are getting exploited by a new kind of lending called the online installment loan.

The “red-hot industry” has spawned about $50 billion in debt in a practice that handcuffs borrowers with terms of 40-60 months and interest rates as high as 155 percent, according to Bloomberg.

Installment loans appeal to middle-class Americans. This is because they've seen wages stagnate and unpaid bills pile up in the years since the Great Recession. Poor credit has hindered their borrowing capabilities at traditional banks and credit unions. So, online access to installment loans appeals to many borrowers.

What impact do online installment loans have?

The online installment loan has in many cities and towns replaced the payday loan business. They are called payday loans because they're based on the two-week payback deadline. They were for small amounts, from a few $100 to $500. They imposed burdens absent from normal borrowing and credit structures, however.

Payday loan borrowers were charged a fee of $10 to $30 for every $100 borrowed. Borrowers wrote a post-dated check for the full balance, including fees. Or they had to authorize the lender to electronically debit the funds from their bank, credit union or prepaid card account.

Deception had a hand in the payday loan business. A $15 fee charged for every $100 borrowed is an interest rate of 15 percent. Since the loan must be repaid in two weeks, that 15 percent finance charge equates to an annual percentage rate (APR) of almost 400 percent because the loan length is only 14 days, according to experian.com.

With regulators pouncing, payday lenders sought a new way to do business. Enter the online installment loan, and America’s middle class is addicted to a new kind of credit.

Payday loans were typically paid back in one lump sum and in a matter of weeks. The terms of installment loans can range from 4-60 months. That ostensibly allows borrowers to take on larger amounts of personal debt.

The online installment loan is aimed in part at a fast-expanding group of borrowers. They are those with bad, but not terrible, credit, with limited access to traditional banking options.

The larger amounts borrowed in online installment loans — from $100 to $10,000 or more — have allowed lenders to charge interest rates well in the triple digits, and generally at annual percentage rates between 34 percent and 155 percent.

If the benefit of installments loans is the borrower has more time to make payments, the downside is the payments on these high-cost loans go exclusively towards the interest possibly for up to the first 18 months.

Online installment loan officials argue that, just as with payday loans, higher interest rates are needed to counter the fact that their consumers are more likely to default.

For many families struggling with rising costs and stagnant wages, the online installment loan debt is a cost they’re willing to bear. In the decade through 2018, average household incomes for those with a high school diploma have risen about 15 percent. This comes to roughly $46,000, according to the latest U.S. Census Bureau data available.

This income has failed to keep pace with the kinds of expenses that threaten to sink middle-class families. These would be home prices, which are up 26 percent, medical care, which is up 33 percent, and college costs, which are up 45 percent.