Americans May Have Worse Debt Troubles Than Greece 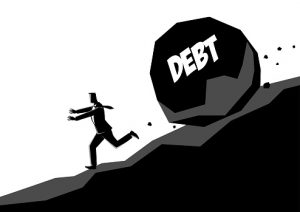 Anyone with passing interest in financial news has likely been watching the Greek financial crisis unfold in recent years. Recent disputes with Germany and other EU countries over Greece's debt obligations have drawn further attention to the country's troubled financial state.

While Greece may be in serious debt trouble, Fortune Magazine recently published an article suggesting the average American is actually in a much more precarious financial situation than the debt-ridden country. Fortunately, there are solutions to help individuals throughout America who have debts they cannot handle. If you are one of the many Americans who is struggling with bad debt, bankruptcy could provide the answer to your money problems.

Why Are Most Americans Worse Off Financially Than Greece?

There are several primary reasons identified in Fortune why many Americans have worse debt issues than Greece. One of the biggest problems is most Americans have more debt relative to the income they earn than Greece. Greece has a debt-to-income ratio (as measured by the country's GDP) or 177 percent based on the 323 billion euros the country owes to creditors. This means for every euro earned in Greece, there is a debt owed of 1.77 euros. The average U.S. household (with debts of $204,992 total and a median household income of $55,192) has a debt-to-income ratio of 370 percent. The $204,992 total is the median amount owed by Americans when factoring in student loans, mortgage debt, and credit card debt.

Finally, Greece has a lot more options for getting rid of its debts. The company could print its own money, for example, which an average person who is in debt is obviously going to be unable to do. Greece also has a lot of leverage for convincing its creditors to restructure its debt, and there is the possibility other countries will bail Greece out. Americans, on the other hand, are probably not getting a big bailout and may not be able to effectively negotiate to get creditors to reduce payment amounts or change repayment terms. Bankruptcy is the best option for Americans if they want to change the way their debt is paid or wipe out debt altogether.