Judge’s Ruling on Loan Could Affect Bankruptcies for Grads

A recent court decision on a law school student's debt could have a significant effect on others who are saddled with educational loans and are weighing bankruptcy options. 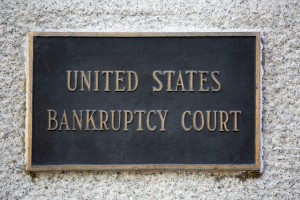 In a March ruling, Judge Carla Craig of the U.S. Bankruptcy Court in Brooklyn, N.Y., sided with a law school graduate who wanted to discharge (or cancel) her $15,000 bar-exam loan from Citibank, according to ABC News. The bank approved the loan for the student who was studying for the bar in 2009. According to the news story, the student filed for Chapter 7 bankruptcy in November 2014 after she failed the bar exam and was carrying about $300,000 in student loan debt. She made payments on the bar-study loan for a period of time before filing for bankruptcy.

The case focused on a law school student, but the decision may have a broader reach. Lawmakers and advocates for consumers have been seeking ways for students to get debt relief through bankruptcy. Student debt has skyrocketed over the past 10 years, and the ruling could shine a light on the issue. Other courts do not have to abide by Judge Craig's decision if similar cases come before them, but it could help guide them.

Unfortunately, the bankruptcy code as it now stands does not allow people filing for bankruptcy to wipe out their loans that are received as "educational benefits." This includes stipends and scholarships.

In this recent case involving the law school student, the student argued the loan from Citibank was a debt that could not be described as an "educational benefit."  The judge agreed, saying bar-exam loans were more like commercial or consumer loans and less like scholarships or stipends. One attorney quoted by ABC News weighed in on the decision, saying the private loan was not insured by the government and did not fit into the category of a "nondischargeable" student loan.

We Are Attorneys Who Understand Debt Relief

As experienced bankruptcy attorneys, we know that law school students - and others who study at colleges and universities - often leave school with a mountain of debt. It's often a struggle to make ends meet in today's economy. Even if they land a job, students with loans may need to consider a financial reset. Our debt relief attorneys can help them through the process.

One option we discuss with clients is filing for Chapter 7 bankruptcy protection, which allows consumers to discharge most debts. Under this chapter, you won't have to pay back creditors for unsecured debt (loans that aren't attached to a specific property like a house or car). Although you may not be able to discharge your student loan debt, you may discharge other debts that will make it easier to pay your student loans.

But there are many other options to explore. That's why it's wise to consult with Matthews & Megna, LLC if you are struggling financially and need debt relief. We help people from all walks of life get a fresh start. Whether you're a recent grad or you've been working for years and have been downsized or recently laid off, we're here to guide you. Call us today at 803-799-1700 to schedule your free consultation.