Benefits of Bankruptcy: Not Getting Trapped due to Creditor Tricks 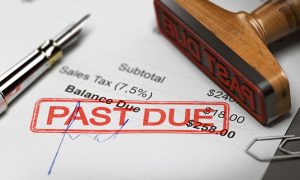 Creditors want people to be in debt. In fact, Washington Post reported recently on how creditors use psychological tricks designed to encourage consumers to stay in debt for longer. Creditors also structure credit card offers, and rules for particular cards, differently based on whether the cards are targeted to poor consumers or wealthy ones. The news from Washington Post on how creditors work behind the scenes to make peoples' financial lives harder is one more important reason why you should not hesitate to seek legal help if you are in financial trouble.

There are many substantial benefits of bankruptcy, and you can and should take advantage of these benefits if you fall behind on your bills and cannot repay creditors. While some people will try to struggle to continue payments out of a sense of obligation to creditors who have lent them money, tactics used by creditors to keep people in debt should put an end to any argument that you have a moral obligation to pay.

If credit card companies are actively trying to keep you in debt forever, you absolutely should take advantage of bankruptcy protections that will allow you to escape from their trap.

The problem is, creditors benefit substantially when people pay only the minimum, as the borrowers stay in debt for much longer. Today, many consumers are typically required to pay just two percent of their total balance each month. This not only means consumers making minimum payments are going to take a long time to pay off debt (while paying interest the whole time), but it also means consumers are going to gradually become ever more comfortable with carrying lots of debt for long periods of time.

If you are paying only minimums, or struggling to pay the minimum due, you could take many years to pay off a simple debt that began small. It could take 30 years to pay off an initial debt of $10,000 by making only minimum payments.  You should not have to struggle for decades to repay debt when creditors are busy trying to encourage people into financial trouble. Bankruptcy could provide a permanent long-term solution to your problems with debt.