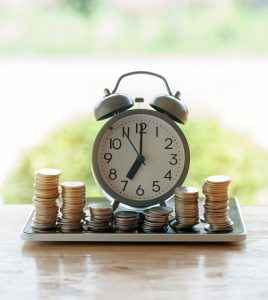 There are many bankruptcy benefits that people who are in debt experience when they declare bankruptcy. One of the biggest and most important benefits is relief from financial anxiety. Far too many people experience ongoing money worries that affect their lives. Being worried all the time about money and debt can have an adverse impact on your health. The stress of money worries can also impact your relationships and your enjoyment of life. You should not have to be worried about money all the time when bankruptcy can provide a way out of the debt trap.

Motley Fool provides some troubling information about the extent of Americans who face ongoing financial stress and money worries. The data comes from a survey of 2,646 U.S. adults. Among the survey respondents, a full 85 percent of people said they felt at least some form of financial anxiety. This financial anxiety was not minor worries either:

There are some common trends among the money worries that most Americans have. Some of the most common sources of financial anxiety include:

These money worries are legitimate sources of concern. Most Americans simply do not have enough savings to cope with the loss of a job, a medical emergency, or other unexpected expenses. If you do find yourself in debt, however, bankruptcy should not be viewed as a last resort or as a bad thing but instead as a way to escape from the financial stress. Bankruptcy can offer you a clean slate when you need it, and the ability to get a fresh start is on of the biggest bankruptcy benefits you can experience.

Call Matthews & Megna to discuss your options if you are considering bankruptcy.