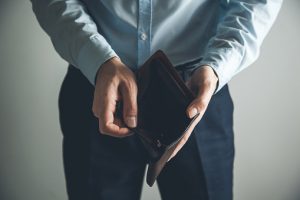 When you are in debt and are concerned about your bills, you may be eager to find help solving your financial problems. There are legitimate solutions to debt troubles, including filing for bankruptcy as well as exploring ways to refinance your debts or negotiate a payment plan. Unfortunately, there are also a lot of debt relief scams out there as well.

Scammers routinely make false promises to people who are significantly in debt because these scammers know that people are often desperate to solve their money troubles. The tragic outcome is that people who are already having financial problems end up losing out on money that they cannot afford to lose.

If you are in money trouble, you need to be very careful who you trust to help you to be proactive about dealing with your financial worries. One recent scam that was reported on by My News LA.com demonstrated how consumers can face substantial losses if they trust the wrong person.

Getting Bankruptcy and Debt Relief Help While Avoiding Scams

According to the reports on the recent scam, bogus debt relief firms were making promises to consumers that the companies did not keep. The bogus firms convinced many debtors to give money to the firm instead of making payments to their creditors.

The debt relief firms said that they would negotiate with creditors and settle credit card debt. They portrayed their fake firms as legitimate businesses that were staffed by attorneys and that were operated by legal professionals. The reality was that no one with legal credentials was actually involved in operating the firms.

Consumers were told by the bogus debt relief firm that if they signed up and paid fees, their monthly payments would be lowered and they would end up with a favorable settlement that often involved paying less than the full remaining balance outstanding on the debt.  They were told to stop making their regular payments to creditors but instead to give the money each month to the debt relief companies who would save it towards the settlement that would eventually be negotiated.

This, of course, is not what happened. The debt relief firm collected the money that the consumers paid, they did nothing to negotiate with the credit card companies, and people lost the money that they had paid out.  The first six months of payments were seized entirely from the debtors, and purported to be an up-front fee-- although consumers who signed up weren't initially told about it.  At least 15 percent of the monthly payments that were made to the company were also taken to pay mysterious company fees.  This caused tremendous financial loss, and unfortunately, those who fell for the scam also faced damage to their credit as they stopped making payments to creditors and gave the money to the firm.

Those involved in the scam were sentenced to criminal charges and the U.S. Attorney prosecuting the case commented: "Debt relief scams prey on vulnerable consumers trying to climb out of tough financial situations."

Unfortunately, this type of thing happens again and again. Consumers need to talk with bankruptcy attorneys and make sure their attorneys are credentialed and can actually provide promised relief.