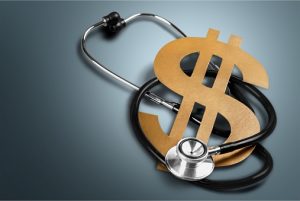 Often when we think about the catalyst for consumer debt, we are quick to critique the debtor's way of life. But all too often, as a recent Kaiser Family Foundation analysis found, financial difficulty has very little if anything to do with irresponsibility or self-indulgence as it does medical debt.

The foundation found roughly 25 percent of adults in the U.S. have difficulty keeping up with their medical bills. Included in this figure are not solely those who have no insurance. As a matter of fact, medical debt is the top source of personal bankruptcy filings in the U.S. Approximately 40 percent of Americans in 2014 accumulated some amount of debt as a result of a medical issue, the foundation reported.

While bankruptcy isn't generally the first choice for resolving debt and many people balk at the thought, the truth of the matter is there are many benefits to bankruptcy.

First and foremost, those who take advantage of bankruptcy in South Carolina are afforded a fresh start. In particular with a Chapter 7 bankruptcy, eligible debtors are forgiven (i.e., discharged from) most of their unsecured debts. A secured debt would be one in which a creditor would be entitled to collect on by seizure or sale of certain assets (i.e., a vehicle, a house, etc.) when payments are missed. Except for those two, the majority of American consumer debts are unsecured.

Some bankruptcy benefits to consider if you're weighing it as an option:

While it is true that bankruptcy filings remain on your credit for seven to 10 years, many debtors can start the process of vastly improving their credit once the bankruptcy process is complete. There's a good chance it will not plague you for a full decade. Because Chapter 7 bankruptcy relieves you of the responsibility of having to continue paying on impossible debt, you can begin saving and rebuilding the right kind of credit.

That's often exactly what those struggling with medical debt need.

The New York Times reported that in 2016, 1 in 5 Americans under the age of 65 who had health insurance had some difficulty paying their medical bills over the course of the previous year. Of those, almost 65 percent said they had used all or most of their life savings in order to pay down their health care debt. Another 40 percent took another job to cover their costs.

Having health insurance doesn't necessarily insulate a person from falling victim to insurmountable medical debt. Having a savings can help cushion the blow and may save you from needing to file. One survey by GoBankingRates revealed 7 in 10 Americans have less than $1,000 in savings and a third had no money saved at all. It's often difficult to work up to the recommended six-months'-worth of living expenses financial experts recommend in case of illness or serious injury.

Bankruptcy does offer one way out of what can otherwise seem like an impossible situation.