Benefits of Bankruptcy When Struggling With Medical Debt 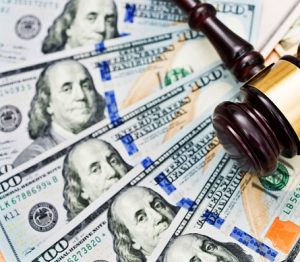 For those coping with medical debt, bankruptcy can provide a lifeline. The benefits of bankruptcy cannot be understated when it comes to being able to climb out of a debt trap that affects your financial priorities and causes continuous money stress.

Medical debt can pile up quickly for people, even those with insurance, when a serious illness or injury rises. Medical debt is often dischargeable if you file for bankruptcy, so you should not let this type of debt ruin your financial life or cause you pain for years after getting over your illness.

A recent article in The Guardian illustrated the tremendous consequences of medical debt on a person's life. The author of the article had stage 4 endometriosis and her illness became so severe that her life was in jeopardy. She had insurance coverage, but she received repeated rejections from her insurer for treatment, despite the fact that she had been steadily paying for premiums. She was denied for many different kinds of care that she needed, including MRIs, CT scans, and visits to a specialist.

Although the author did everything right and took her denials to doctors who tried to help her get the denials reversed, often this was ineffective. Despite the denials, she needed ongoing care including abdominal surgeries- the first of which failed. She was able to find a specialist who could help her, but they had to fly to a different location to get the medical care she needed. Unfortunately, the copays from the entire ordeal ended up with the family being left $50,000 in debt.

The debt resulted in her credit score being destroyed, making it hard to find a place to live and difficult to find new employment since employers ran background checks and saw credit problems. Even when they were able to make payments on the debt which was owed, payments went only to interest and fees so the balance owed was not actually reduced. She ended up describing the medical debt as a "hydra-headed monster that ate our lives."

No one ever deserves to be forced into substantial medical debt, especially if they were paying insurance premiums and still ended up with thousand of dollars in bills just because they had a serious illness. Coping with the difficulties of repaying debt for years after an illness can make it too difficult for a family to try to move on and accomplish other priorities.

The bankruptcy benefits are clear: you can wipe the slate clean and can start over with the opportunity to save and accomplish your other money goals after getting your medical debts discharged.  Those who are coping with too much medical debt should strongly consider filing as soon as possible if bankruptcy is the right choice for them.