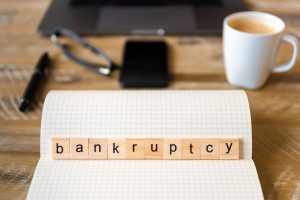 Debtors who file for bankruptcy in South Carolina experience significant financial benefits and are likely to do better financially and achieve greater financial stability than debtors who do not file. A study published by Federal Reserve Bank of New York demonstrated that debtors post-bankruptcy were in a much better financial situation than people who had high levels of debt but who opted not to take advantage of bankruptcy protections.

Filing for Bankruptcy is Better For Financial Security

The Federal Reserve Bank study found people who had high amounts of debt but who didn't seek protection from the bankruptcy courts experienced:

Foreclosure can do long-term damage to a credit score that is as detrimental, or more detrimental, than a bankruptcy filing. Higher levels of financial stress can result in increased tension in relationships, which Psychology Today reports can lead to higher levels of divorce. Debtors are far better off filing bankruptcy protection to get relief from debts than continuing to cope with financial issues that can lead to these undesirable outcomes.

When 2005 bankruptcy reforms changed the guidelines for Chapter 7 and made it harder for some debtors to get debts discharged in bankruptcy, higher levels of insolvency also occurred. Insolvency refers to an inability to fulfill financial obligations. Debtors who go bankrupt will be able to eliminate or restructure debt which they cannot pay so they no longer experience insolvency. On the other hand, people who have high amounts of debt but who do not file for bankruptcy are going to continue to experience financial shortfalls that can be damaging to long-term financial and emotional health.

While people who have filed bankruptcy very recently generally-- but not always-- have lower credit scores than people who are coping with debt struggles but who haven't yet filed, this changes quickly and the post-bankruptcy period brings a "sharp boost" in credit scores for debtors as negative information stops being reported when debts are discharged.

Collectively, studies and research suggest filing bankruptcy is simply a better option than continuing to struggle with debts so there is no reason for debtors not to file. With credible studies showing not filing means a greater chance of foreclosure, debt problems that could lead to divorce, court judgments, mounting debts, and other undesirable outcomes, it is clear filing is the right choice.