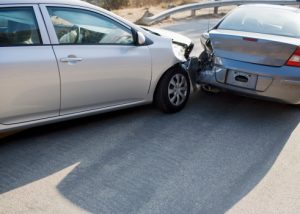 One of the most important lessons that a new driver learns is to leave enough space between his car and the lead vehicle. The driver in the front vehicle could be forced to slow down or even come to a complete stop at a time when the rear-driver may not be expecting such actions. If the driver in the rear car has not left enough space to react appropriately to what the front vehicle is doing, a rear-end accident happens.

Despite the importance of leaving sufficient space to react to the front driver, an experienced rear-end accident lawyer knows that many motorists choose to tailgate instead of following best practices for safety. Tailgating is the term used to refer to following too closely behind the front vehicle. Tailgating is the fifth leading cause of car accidents in the United States. Rear-end crashes caused by tailgaters can result in significant property damage, serious injuries and large financial losses. The driver who chose to tailgate can be held legally responsible if his unsafe actions were the direct cause of a motor vehicle accident.

How Can You Avoid Tailgating?

Motorists can avoid tailgating by always paying attention to the amount of space between their own car and the vehicle that they are following.

The problem is that this can be confusing, especially as you need to keep adjusting your metric for measuring the following distance as your speed changes. A simpler rule of thumb is now used according to Driver's Prep. Safety advocates recommend that drivers leave between a three and four second following distance between their vehicle and the car in front of them.

You can measure the following distance by choosing a stationary point on the side of the road, like a stop sign or a road sign. Watch when the car in front of you goes past that fixed point, and then start counting to see how many seconds it takes you to go past the same fixed point. The number of seconds you count is your following distance.

While three to four seconds normally leaves you plenty of time to react, there are situations where you should increase following distance. For example, if there is bad weather outside and you cannot see as well or the roads are slick and you think you will take longer to stop, expand your following distance in order to avoid causing a rear-end accident.