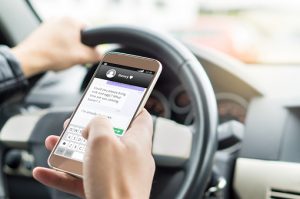 Most drivers in Florence, Darlington, Columbia, Midlands and Pee Dee, SC likely would support stricter laws and new regulations to make the roads safer. A 2014 study on driver's behaviors and attitudes released by the AAA Foundation for Traffic Safety indicated that five out of six motorists expressed support for their local governments putting a Vision Zero plan into place to try to eliminate deaths due to traffic collisions. A total of 89.3 percent of drivers said that they supported texting bans, and 80.2 percent of motorists indicated that they would support a law requiring an ignition interlock device for all DUI offenders.

Even though the study showed that most drivers support stronger laws, and find unsafe behaviors to be unacceptable, it also showed a contradiction. While drivers know certain behaviors are dangerous, many reported personally engaging in those behaviors. If drivers simply followed the safe driving rules they want to impose on others, the roads would be a much safer place for everyone. If drivers do engage in behaviors they know to be dangerous, victims should consult with a car accident lawyer for help pursuing a claim for damages.

Drivers know the things they shouldn't be doing, but they do them anyway. The AAA's survey found that:

Drivers continue to make unsafe choices even though the vast majority know people who have had their lives turned upside down by collisions. One in 10 drivers has personally suffered serious injury in a collision and almost one in five has been in a serious crash. One in three motorists knows a close friend or relative who has been seriously injured or who was killed in a car crash. So many of these accidents could be prevented if drivers followed their own safety recommendations.