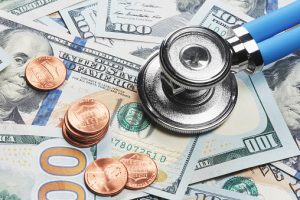 When reality bites, it can really chomp. Especially if you get sick, and medical bills start piling higher than a small mountain range.

Experts disagree on how often medical bills are the direct cause of bankruptcies. But medical bills indeed can cause such a crisis. When it happens to you, it doesn’t matter if you are among the two percent, three percent, four percent, or eight percent. It’s personal and scary - and you need help.

Most experts do agree that a variety of factors usually cause bankruptcies, including low income, small savings, considerable debt and job loss. A combination of those factors and unexpected medical bills can leave you in need of an attorney to help explain all your legal options.

You might be facing skepticism. Earlier this year, a New England Journal of Medicine (NEJM) study noted: “Though there is compelling evidence that medical expenses do cause bankruptcies in the United States, they may cause far fewer than has been claimed. Overemphasizing such events may distract from an understanding of the true nature of health-related economic hardship.” But those statistics mean little when you’re the one facing bankruptcy.

As you get older. It can get more complicated, and then some. According to the New York Times’ Tara Siegal Bernard, those 65 and older usually mentioned multiple factors for their financial woes. About three people in five said unmanageable medical expenses were a big problem as the years went on.

Keith Morris, chief executive of Elder Law of Michigan, which runs a legal hotline for older adults, told the Times the prospect of bankruptcy was a consistent topic for callers. “They worked all their lives, and did what they were supposed to do,” he said, “and through circumstances like a late-life divorce or a death of a spouse or having to raise grandkids have put them in a situation where they are not able to make the bills.”

A combination of factors can lead to medical bankruptcy. And when it happens, you don’t have to handle it alone. If you are in need of help with medical bankruptcy needs, or estate concerns, South Carolina’s Matthews & Megna, LLC, is here to help. Contact us today for a free consultation.