How Creditors Trick Consumers into Taking On More Debt 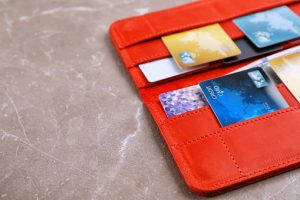 Consumers often find themselves faced with tremendous amounts of credit card debt which they are not able to pay. In fact, Time reports that the average American is in credit card debt regardless of how good the economy is doing.  Americans owed $935.6 billion in 2015, and the average American between the ages of 18 and 65 had an average of $4,717 worth of debt on a credit card over the course of this year. With many Americans making only the minimum monthly payment and the average credit card interest rate set at 15 percent, it would take 10 years to repay this average balance and the debtor would spent $18,155 in interest payments alone.

This is unaffordable, and many consumers who get into credit card debt find they are unable to get out because more and more of their money is wasted on credit card interest payments. Creditors who use underhanded tactics to trick consumers into getting into debt share a large part of the responsibility for this financial mess. Consumers who find themselves struggling with their bills should not hesitate to take advantage of the bankruptcy code provisions which allow a fresh start.

How Creditors Manipulate Consumers Into Debt

Lifehacker provided a comprehensive summary of the tactics creditors frequently use in an effort to get debtors to borrow ever more money. Some of these tactics include:

These are a few different ways creditors try to trap consumers into getting into debt. If you're in debt and cannot pay the balances on your cards, consider bankruptcy to find relief.