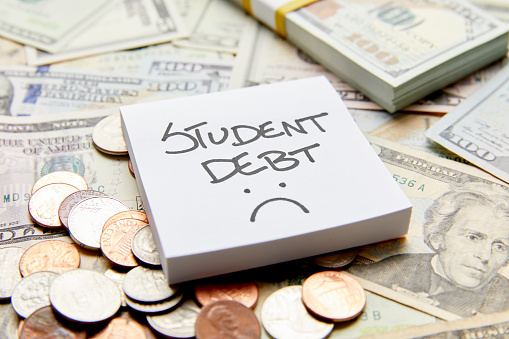 A proposed law at the federal level would make it easier for people filing for bankruptcy to discharge student loan debt in certain circumstances, something that is currently very difficult to do under current federal bankruptcy laws.

The bipartisan bill currently making its way through the U.S. Senate is known as the Fresh Start Through Bankruptcy Act, according to Forbes. Sponsored by Senator Richard Durbin (D-IL) and Senator John Cornyn (R-TX), the proposed law would no longer require people filing for bankruptcy to prove undue hardship when seeking to discharge student loan debt. However, in order to qualify, individuals filing for bankruptcy would need to have made payments toward their student loans for at least 10 years under the proposed bipartisan bill.

Most people seeking to file for Chapter 7 or Chapter 13 bankruptcy cannot discharge or wipe out student debt under current federal and state bankruptcy laws without proving undue hardship. As part of the process, a borrower must initiate an “adversary proceeding” against the student loan company.

Initiating an adversary proceeding when filing for bankruptcy essentially involves filing a lawsuit against the lending company. The process can be “long, expensive, and very invasive,” according to Forbes. And in most cases, individuals seeking to have their student loan debt discharged by filing for bankruptcy are not successful since student loan lenders “have significantly more resources than borrowers, giving them a tactical edge,” according to Forbes.

Filing for bankruptcy for any reason can be a complicated, confusing legal process. If you make a mistake at any point when submitting paperwork or appearing before a judge in bankruptcy court, your application or case could be denied for a wide range of reasons. This is why it’s critical that you have an experienced bankruptcy lawyer on your side throughout the legal process.

Our highly skilled bankruptcy attorneys at Benjamin R. Matthews and Associates, LLC in South Carolina can help you every step of the way. We have years of experience preparing successful bankruptcy filings and appearing before bankruptcy judges. As a result, we understand how the legal system works and we’re familiar with the state and federal laws that apply to bankruptcy cases in South Carolina.

Learn more about how our law firm can help with your bankruptcy filing, application or appeal. Contact us and schedule an appointment today. We have two offices conveniently located in Columbia and Rock Hill, South Carolina, and we handle cases statewide.