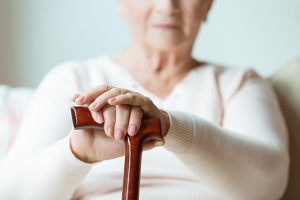 Are people ages 65 and older are filing for bankruptcy more than any other generation? An article in media outlet OZY says yes.

That's because today, many older Americans are living on a tighter budget than ever before. One 73-year-old woman had no choice but to file for bankruptcy after her credit card debt reached $18,000. The woman only receives $771 in disability payments, $100 in food stamps and $14 in state low-income subsidy.

The rate at which older Americans are filing for bankruptcy

A 2018 report released by the Consumer Bankruptcy Project — which has been collecting bankruptcy data since the early 1990s — sheds light on the rate which older Americans are filing for bankruptcy.

In 1991, people from this age group only accounted for two percent of bankruptcy filers, but that number rose to more than 12 percent by 2016, according to a University of Illinois College of Law professor. Over that same period, the senior population grew from 17 percent to only 19.3 percent. Data shows that in 2016, roughly 800,000 households filed for bankruptcy. This accounted for approximately 98,000 families or 133,000 seniors.

According to the most recent U.S. Federal Reserve survey of consumer finances, in 1989, only 1 in 5 Americans age 75 were in debt. In 2016, nearly half were found to be in debt.

With the decline of trade unions and benefit pensions, and a rise in health care costs and other living expenses, many retired Americans are finding themselves relying on credit cards and loans in order to make ends meet. Another issue that puts retirees at risk of debt is the fluctuating 401(k) retirement plans that are heavily impacted by the stock market.

“The baby boomer attitude to debt has not turned out to be as frugal as you would think it would be, having parents who lived through the Depression," said Kevin Leicht, head of the sociology department at the University of Illinois. "Partly it’s because they have jobs that don’t keep up with inflation and they might have to have five or six jobs to make ends meet.”

A bankruptcy lawyer can help you get back on your feet

Retirement is supposed to be a time when seniors can kick back and enjoy their golden years. Luckily, if you are overwhelmed by debt you're unable to pay off, filing for bankruptcy can help you eliminate some of your financial burdens.

An experienced South Carolina bankruptcy attorney at Benjamin R. Matthews and Associates, LLC can help you explore your legal options and find a plan that best suits your needs. For example, Chapter 7 may help wipe out debt, whereas Chapter 13 will allow you to make monthly installments over a period of 3-5 years.

To find out how we can help you during these difficult times, contact our law office online and schedule a free initial consultation with our legal team.