S.C. Consumer Debtors Should Treat Bankruptcy Like Businesses Do 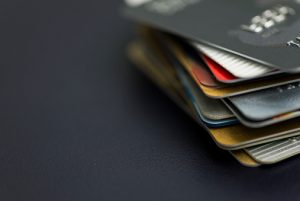 Most consumers who file for bankruptcy protection do so because of cataclysmic personal events like a major illness, accident, job loss, or divorce. Senator Elizabeth Warren, who has been a strong advocate for making bankruptcy laws more favorable to consumers, told Philly.com: "The problem is not that people won't pay. It's that they can't pay." Warren, and other financial advocates for consumer debtors, have noted consumers typically consider bankruptcy to be a desperate last resort. Many people see a stigma attached to personal bankruptcy, which contributes to the reluctance to take advantage of protections available under the law.

There is, however, another group of people who treat bankruptcy very differently than consumer debtors do: businesses and corporate professionals. Consumers could benefit financially from treating bankruptcy more as businesses do, as many consumers would have better financial outcomes over the long-term if they acted more quickly to file for bankruptcy protection.

Philly.com noted the profound difference in the way businesses view bankruptcy as compared with the way in which individuals look at the filing process. Donald Trump was the example provided. His businesses have declared bankruptcy protection four times and he was asked about those past bankruptcies during a Republican presidential debate. Trump answered candidly: "Four times, I've taken advantage of the laws. And frankly, so has everybody else in my position."

Trump, like other business leaders and executives, knows bankruptcy laws exist to allow companies to renegotiate deals with creditors, to get out of bad financial deals that are costing a company money, and to give a company the chance to become profitable again when it has debt problems. Unlike individuals who consider bankruptcy something to try to avoid, businesses simply consider filing for protection to be a smart business decision and a legal tool useful for solving financial problems.

Trump also explained and justified his past business bankruptcies by pointing out the lenders who his companies owed money to were "total killers. These are not the nice, sweet little people that you think, OK?"  Consumers, too, face aggressive actions from debt collectors who are not nice people. In fact, consumers who are being hounded by creditors may be hassled more than businesses and may face graver personal consequences, including significant stress and the breakdown of important relationships. Consumers need protection from bankruptcy laws to stop aggressive creditors just as much, if not more, than business leaders do.

Individuals who wait to file bankruptcy can end up spending money they do not have to pay interests on large debts, even though their balances are so large they do not end up paying debt down. Some consumers take mortgages out on their houses or cash in retirement accounts to try to pay back debt, even though home equity and retirement accounts are protected in bankruptcy. Waiting to file bankruptcy also delays the process of rebuilding credit. Consumers need to be more like businesses and use the legal protections available under the law as soon as they find themselves facing debt issues that cannot be reasonably resolved in another manner.