How a proposed law can help clear student loan debt 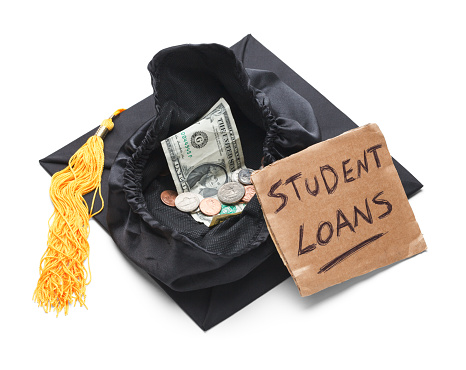 You may be struggling to pay your bills and considering filing for bankruptcy as a way to get a fresh start. Bankruptcy can wipe out most of your debts, but there’s a notable exception: student loan debt.

Unfortunately, it’s almost impossible to wipe out student loan debt through bankruptcy. According to Business Insider, about one-third of all filers carry student loans. What’s more, money owed for college makes up about half of their debt.

Help could be on the way

A proposed new law could spell relief for bankruptcy filers with student loans. Business Insider offers an overview of the Student Borrower Bankruptcy Relief Act of 2019, which Illinois Senator Dick Durbin, a Democrat, submitted to Congress in May.

The proposal calls for an elimination of the existing part of the bankruptcy code which makes student loans non-dischargeable unless the filer can prove “undue hardship,” an extremely difficult task. The law, if adopted, would consider student loan debt the same as any other type of consumer debt in a bankruptcy filing.

What are the chances that the proposed law will pass?

The proposed legislation has the support of the top Democratic presidential candidates, including Elizabeth Warren and Bernie Sanders. At least one Republican lawmaker has expressed support. Federal Reserve Chairman Jerome Powell is on the record as saying student debt should be discharged in a bankruptcy proceeding.

Business Insider notes that the survival of the bill in Congress remains a question, given the partisan divide in Washington.

We're experienced bankruptcy lawyers who have represented clients saddled with student loan debt. We believe politicians should put aside their differences to support this important legislation. CNBC reports that nearly 40 percent of students who took out loans in 2004 will default on their debt by 2023.

Student loan debt has steadily been rising in the United States, and in 2019 stands at $1.6 trillion, according to NPR. People carry student loan debt to the grave. Mike Calhoun is the president of the nonprofit Center for Responsible Lending. He told NPR the current student loan crisis is like the housing crisis that fueled the Great Recession 10 years ago.

“We are seeing default levels that approach what there was in the subprime mortgage world,” he said.

A bankruptcy lawyer can help

We hope lawmakers do the right thing and pass the Student Borrower Bankruptcy Relief Act of 2019. If you’re drowning in debt, you may not have time to wait any longer. Filing for bankruptcy may need to be a priority in your life right now. It may be the best solution for you, even if you have student loan debt.

Matthews & Associates, LLC can help you find a way to get your finances back in order. Contact experienced bankruptcy attorney Ben Matthews today for a free consultation.