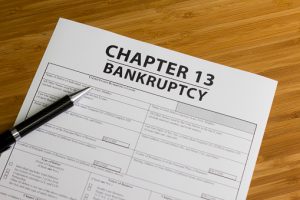 South Carolinians and people throughout the country file for bankruptcy every day, but it's typically not a hot news topic until someone famous such as the rap star 50 Cent files (which he did in mid-July 2015). When a famous person does declare bankruptcy, it tends to pique interest and lead to questions: What type of bankruptcy did 50 Cent file for? Is that an option that would make sense for me and my family?

As bankruptcy attorneys in South Carolina, we help people with Chapter 7 and Chapter 13 filings. In the case of 50 Cent, whose legal name is Curtis James Jackson III, he filed under the Chapter 11 code, according to a petition dated July 13, 2015.

While we do not handle Chapter 11 cases, we do represent people in Chapter 13 filings, which have some similarities with the type of bankruptcy declared by Jackson. His case serves as an opportunity to explain Chapter 13 bankruptcy protection.

Chapter 13 is referred to as "reorganization bankruptcy" or a "wage earner's plan" because it allows the debtor to pay most or all of the debts over time. This type of filing allows debtors to keep their property and pay back some or all of their debts within 3 to 5 years of filing. The length of time generally is linked to the debtor's income. If you earn less than the state's median income, your plan would be for 3 years. If you earn more than the median, it generally must be for 5 years.

Chapter 13 is different from the other type of bankruptcy we handle, Chapter 7, or straight bankruptcy, which involves a liquidation of assets (if there are any) that are turned over to the bankruptcy trustee. The trustee pays the creditors with the proceeds from the assets. Consumers and businesses may file for Chapter 7.

Why Choose Chapter 13 Instead of Chapter 7?

If you file for Chapter 13, you may be able to save your home from foreclosure, which may not be the case with a Chapter 7 filing. Chapter 13 also allows you to reschedule secured debts (other than a mortgage for your primary residence) and extend them over the life of the bankruptcy plan. Another advantage is that Chapter 13 protects third parties who are liable with the debtor on "consumer debts." For example, if someone co-signed a loan, that person will be protected.  If you file under Chapter 13, you also will have no contact with creditors. That's because you make payments to a trustee who then distributes the payments to your creditors.

Any wage earners with unsecured debts (such as credit card debt, medical bills) less than $383,175 and secured debts (such as mortgages or car loans) less than $1,149,525 may file. If your debt exceeds these amounts, you cannot file under Chapter 13. There are other reasons why you might be ineligible. You are required to use your income to repay some or all of the debt, which means you must prove to the court that you can afford to make payments as part of a plan. If you don't earn enough money, a court might not allow you to file under Chapter 13.

Filing for Chapter 13 requires debtors to seek credit counseling form an approved agency. You will need to pay a case filing fee.

By filing for Chapter 13 bankruptcy, you can put a stop to lawsuits filed by creditors and avoid foreclosure on your home. This type of bankruptcy also will let you keep your car and resolve tax problems you may have.

Why Did 50 Cent File for Bankruptcy Protection?

However, most individuals and business owners avoid filing under Chapter 11. Instead, they choose Chapter 13, which generally costs less money and takes less time.

While Jackson's assets and debts were not itemized, court papers indicate they are worth between $10 million and $50 million, according to a report in the Wall Street Journal. Jackson reportedly is one of the world's wealthiest rappers, with a net worth estimated at $155 million.

Jackson lives in a 21-bedroom home in Farmington, Conn., that boxer Mike Tyson once owned. According to the Journal, the mansion reportedly has a racquetball court, a home movie theater and an 8-car garage.

While it might be hard for the average South Carolinian to understand why someone worth so much money needs to file for bankruptcy, Jackson's attorney explained why his client is taking such action.

According to the Wall Street Journal, the attorney said Chapter 11 protection will allow "Mr. Jackson to continue his involvement with various business interests and continue his work as an entertainer, while he pursues and orderly reorganization of his financial affairs."

The Journal reports the bankruptcy filing may halt collection efforts in a lawsuit against Jackson.

Jackson filed for Chapter 11 protection on the same day he was due for a court appearance to determine whether he owes punitive damages in a case involving an allegation that he violated a woman's privacy. A jury decided Jackson should pay $5 million to the plaintiff.